Jazz Fest 2016, Day 1: Frank reviews Grace Potter, Fitz and The Tantrums, and Davina and The Vagabonds 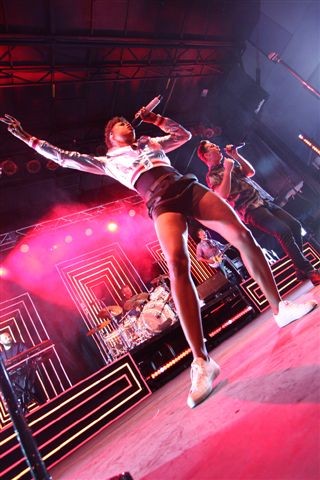 It was crazy, I tell ya. People were everywhere in the beautifully controlled chaos. Opening day: Jazz Fest 2016. Be still my beating heart as it keeps time with the rat-a-tat-tat of my rickety keyboard as I type away this report from the frontline.

John Mooney and Bluesiana kicked off my musical intake on the Gibbs Street stage with a solid body punch of his slide-driven, electrified guitar. Mooney and crew, which included Rochester’s top cat on the bottom end, our man just back from Amsterdam, Brian Williams on the galloping bass. But alas, this show wasn’t on my list of things to cover, so I regrettably dragged my ass to see Grace Potter.

Well ho-ly shit, Batman, what a knockout show. My regret melted away and was replaced by a spellbound enthusiasm that came on like a rash. Potter came out whipping her hair in a frantic, follicle frenzy that would have made an astronaut toss his cookies. This was nothing like when I saw her with The Nocturnals at Water Street Music Hall a few years back. Then, Potter was more ensconced in somewhat lengthy jams. But not this show.

And though it was like following a pinball on stage, it was impossible to take your eyes off of Potter, unless you took some time to look at the stage right guitarist who served up some bawdy picked licks in response to Potter’s siren call.

By the time we made it out of the Eastman Theatre, Mooney had the massive crowd shaking their collective moneymaker in a sweaty display of hell bound joy.

Next it was pop sensations Fitz and The Tantrums. This band was an ode to energy, and it played as if it were The Thompson Twins leading an aerobics class. Every one of the Tantrums’ songs got immediately lodged in your brain, and the kids piled before the stage couldn’t stop pogo-ing. You remember the pogo, don’t you?

We arrived at Anthology just in time for Davina and The Vagabonds’ second set of New Orleans rock ‘n’ roll stomp. Davina is a dynamite dame, an animated singer, and a master of disguise. Her face contorted and cajoled as she sang out a set of original tunes. I didn’t mind at all when she detoured to belt out a request for a little sugar in her bowl a la Nina Simone, and for Fats Domino’s “Ain’t that a Shame.” If you missed it, then yes it was … a goddamn shame.

I keep going Saturday by checking out Kandace Springs and Erykah Badu. But I have to apologize ladies, in the end, tomorrow night is all about Junior Brown and his Guit-Steel.

You can still catch John Mooney and Bluesiana play a free show on Saturday, June 25, 7 p.m., at the East Ave. and Chestnut St. Stage. 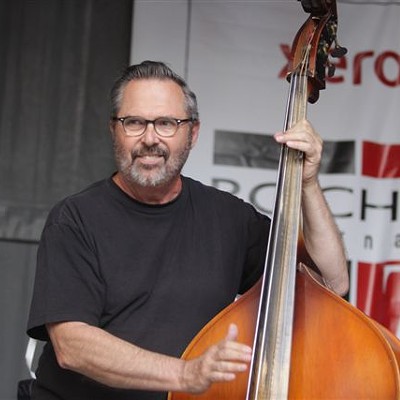 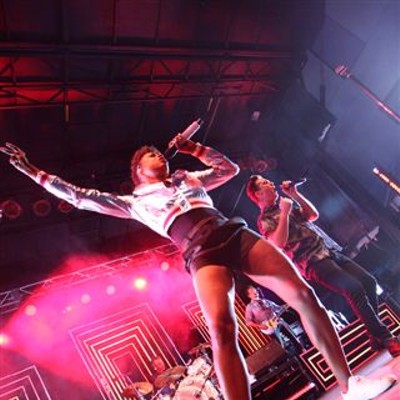