Gadd-zooks Batman, that Steve Gadd can really beat the tubs. Celebrating his 70th birthday in front of a sold out, hometown crowd, Gadd and his black clad band were greeted enthusiastically and jumped right into a tight and progressive set.

Though the audience clearly loved what was going on, the band struck me more as players’ players; more for their peers than the average Joe. Gadd-damn it’s beautiful, but you can’t dance to it unless your spine is double jointed (wasn’t that the point in Zappa’s “Be Bop Tango?”). And in some cases you need a slide rule to follow along.

Songs by the likes of Keith Jarret and Jan Hammer permeated the set along with original pieces composed by the band. All players were spot on and prolific especially Gadd with his trademark Kettle-o-fish tom tom riff. Now this was Gadd’s 70th birthday concert and in tribute to the man, Mr. Fire and Rain, James Taylor showed up for two tunes and even came back for thirds during the encore.

The show was precise and serious in its tone and complexity and the fans ate it up showing Gadd plenty of gratitude and Gadditude. 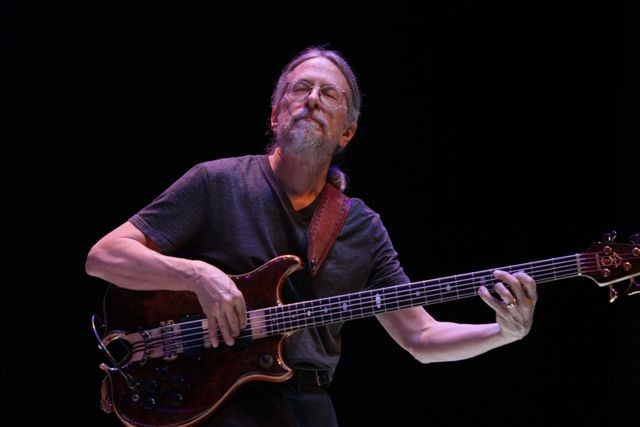