Imagine Superman, Batman, Wonder Woman and Spider-Man all working together. That’s what it was like when the Newport Jazz Festival All Stars took the stage to celebrate the great festival’s 60th anniversary at Kilbourn Hall Saturday night.

There was trumpeter Randy Brecker, clarinetist-saxophonist Anat Cohen, singer Karrin Allyson, pianist Peter Martin, guitarist Mark Whitfield, bassist Larry Grenadier, and drummer Clarence Penn. Most of them had led groups at the XRIJF before; now they were a supergroup.

The configuration varied from full band to a beautiful guitar solo by Whitfield. Allyson performed a haunting rendition of “’Round Midnight” accompanied only by Grenadier. Every solo was excellent; Cohen’s and Brecker’s were outstanding.

The highpoint of the show came midway through when Penn introduced a tune with a riddle: What song was covered by Donna Summer, Grace Jones, Louis Armstrong, and Pavarotti? If you haven’t guessed, it’s “La Vie En Rose.”

The song, written in 1945, was the perfect vehicle for a tribute to the longevity of the Newport Festival. Cohen, who had been playing saxophone, picked up her clarinet and blew everyone away, only to be matched in a solo by Brecker. The result: the crowd went wild and gave the group a rare mid-set standing ovation.

At the end of the show, the group returned to the stage after the second standing ovation in a loose, anything-goes frame of mind. Allyson took over at the piano; Cohen and Martin danced. But that didn’t stop them from making more great music. 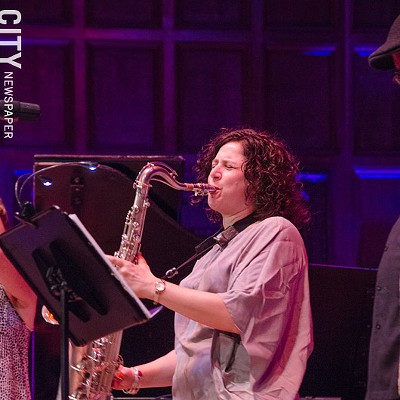 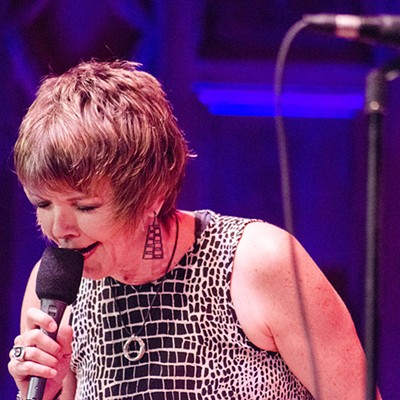 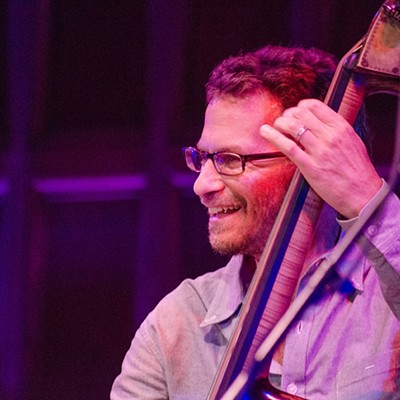 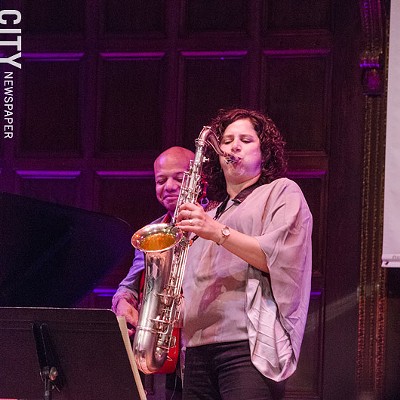 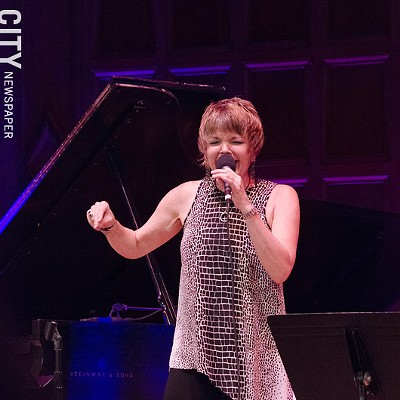 Over at Hatch Hall, Stephanie Trick led an appreciative crowd through the history of piano music in the 1920's and 1930's. She played some boogie-woogie and ragtime and even a samba, but the majority of her tunes were stride piano compositions by greats such as James P. Johnson and Fats Waller.

Trick’s technique is as fascinating to watch as it is to hear. While her left hand was busy hopping from side to side, providing rhythm and bass, her right hand spidered over the high keys playing intricate melodies.

I ended the festival at the Little Theatre with Scott Feiner & Pandeiro Jazz. It was an unusual concert because the only percussion was provided by a pandeiro, a small Brazilian hand drum shaped like, and about as big as, a tambourine. But it could do so much more than a tambourine, especially in the hands of Feiner.

If you closed your eyes, you could almost hear a whole drum set. If you opened them you saw a man continuously angling and positioning the drum with his left hand and doing all manner of things with his right hand to create a wide array of percussive sounds.

Looking back over the last nine days it’s clear that the XRIJF is Rochester’s premier event. Nothing else comes close to bringing as many people of all ages downtown day or night.

There is usually one standout new star at the festival (think Norah Jones at Max at the very first festival 13 years ago). For me, this year’s runaway star was Cecile McLorin Salvant, who played Kilbourn Hall.

But there was no shortage of great performances. Some of my favorites were vibraphonist Warren Wolf at Max, pianist Manuel Valera at Hatch Hall, and the Anders Hagberg Quartet at the Lutheran Church.