I began Tuesday evening in Kilbourn Hall with Louis Hayes & The Cannonball Adderley Legacy Band. I found out later that Hayes had a medical issue and the 10 p.m. show was cancelled. But he seemed fine, if a bit subdued, during the 6 p.m. show.

Because Hayes had actually played with the Cannonball Adderley Quintet in the 1960's, he was the essential player on the stage. Still, he only took one solo and left the MC duties to saxophonist Vincent Herring, who had played in the band of Cannonball's brother, Nat Adderley (Nat was also in the quintet).

While Herring, one of today's top saxophonists, took on the musical role of Cannonball, the great trumpeter Jeremy Pelt played Nat's parts. They were phenomenal, especially on the closing piece, one of the best-known -- and irresistible -- songs by the Adderley Quintet: "The Work Song."

Though Herring told a funny story about dreading the song because he'd had to play it twice a night when he toured with Nat, he came to appreciate it. Written by Nat, the tune begins with a call and response between sax and trumpet and ends with the two instruments in harmony. In between, there's lots of room for solos, and Herring, Pelt, pianist Rick Germanson, and bassist Dezron Douglas did not disappoint. 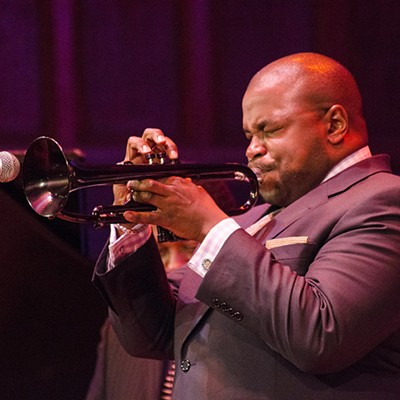 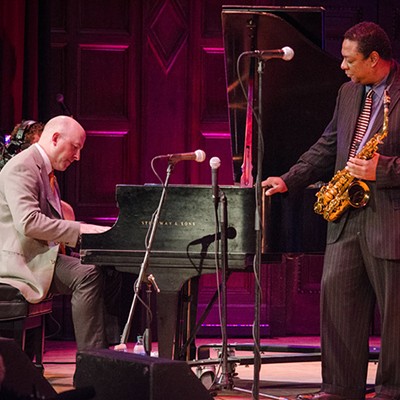 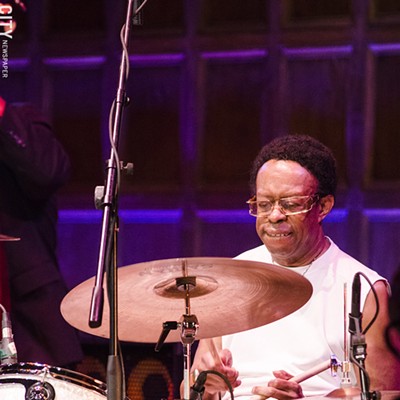 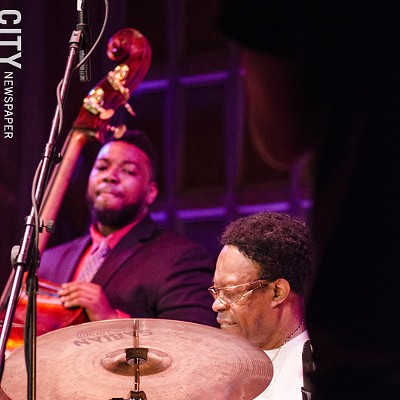 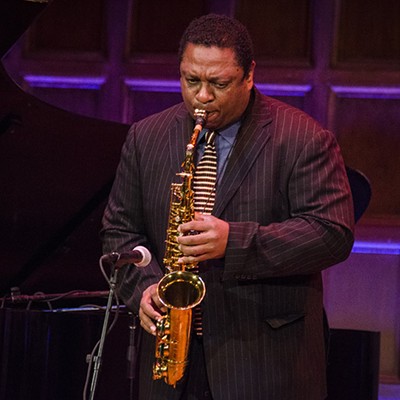 Over at the Lutheran Church, the group Jacob Young & Trygve Seim with the Marcin Wasilewski Trio was simply referred to as Forever Young, the name of Young's new album. Although there were the same instrumentalists on stage -- pianist, guitarist, saxophonist, bassist, and drummer -- as there are in many jazz groups, the players' roles were considerably different.

It was almost more like a classical ensemble with written out parts. There were, of course, solos by guitarist Young, saxophonist Seim and pianist Wasilewski, but they tended to be part of the song rather than open-ended.

Because Young is a gifted composer and all of the musicians were excellent, this prescribed way of playing worked. I preferred when Young played his acoustic guitar rather than his electric and I especially loved the piano forays of Wasilewski.

I ended the evening with Tessa Souter and her special guest, trumpeter Lew Soloff, at Montage. Actually, I had managed to catch the last two tunes of her first set and it was not hard to notice what a wonderful addition Soloff was to Souter's already excellent band. She ended that set with one of her best original songs, "You Don't Have To Believe," which has Middle-Eastern and Flamenco strains running through it. Soloff's solo was short but astoundingly good.

He continued to enhance every tune in the second set, as did Souter's formidable young guitarist, Yotam Silberstein. Her bassist, Yasushi Nakamura, always lent solid support, but the few times he soloed, he was equally impressive.

Of course the star of the show was Souter, who was in great form, enchanting the audience with her gorgeous voice and her vibrant personality. This was Souter's fourth appearance at the XRIJF and she has never been predictable.

While most jazz singers concentrate on standards, Souter did just one, a lovely rendition of "I'll Remember April." Her set was filled with her own adaptations of classical and jazz instrumental works and a beautifully re-imagined version of McCoy Tyner's "Contemplation," renamed "Ancestors" by Souter's friend who wrote lyrics to the tune.

Wednesday night I'll be at Max for the early show of vibraphonist Warren Wolf & The Wolfpack. Then I'll catch the duo Brian Kellock & Tommy Smith at Hatch Hall, and the Jonathan Gee Trio at Christ Church.