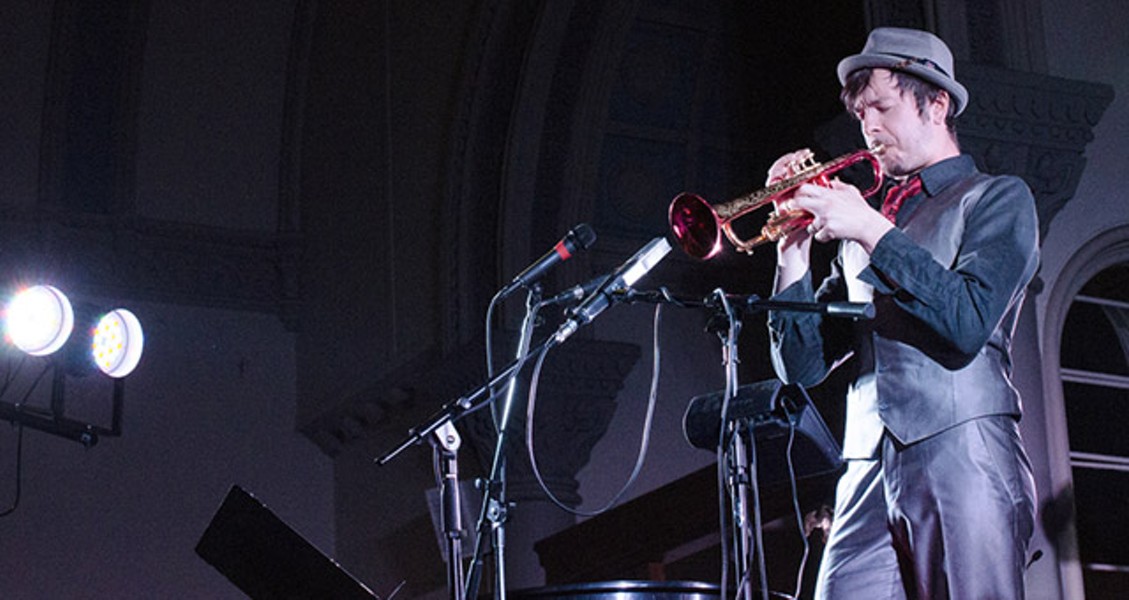 PHOTO BY MARK CHAMBERLIN Sun Trio performed at the Lutheran Church of the Reformation.

At the Lutheran Church Friday night, Finland's Sun Trio seemed caught between the past and future of jazz. When trumpeter Jorma Kalevi Louhivuori played his instrument traditionally he had exceptional range, from melodic to abstract, and from gorgeous to guttural. Simply put, the man had incredible chops. But, about half the time, he insisted on adding electronics to the mix, using pedals to distort and loop and another devise to harmonize. Sometimes he'd put the trumpet to his side but it was still playing.

The best moment of the concert came on a ballad when Louhivuori, and his superb bassist (Antti Lötjönen) and drummer (Olavi Louhivuori), gradually worked their way into such an other-worldly sound that it left the reality of the trumpet, bass, and drums behind. Ironically they didn't need any of the electronics to work that magic. 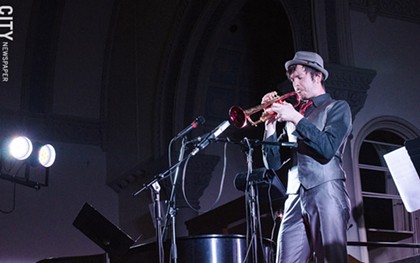 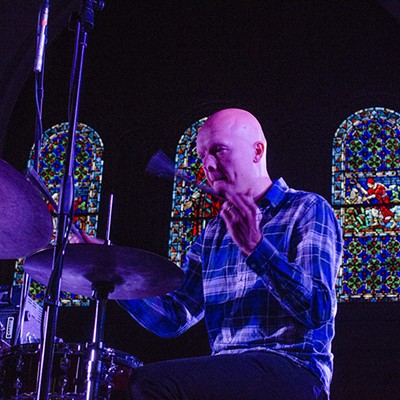 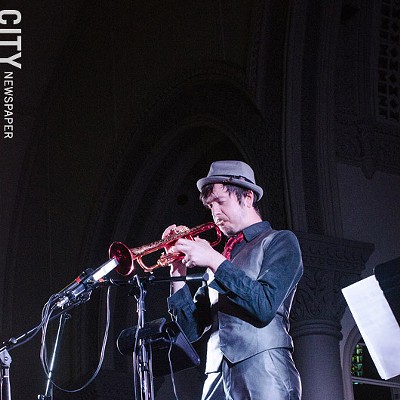 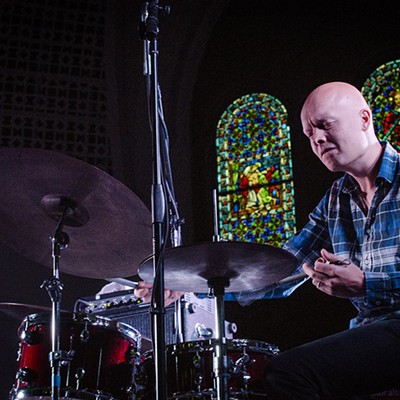 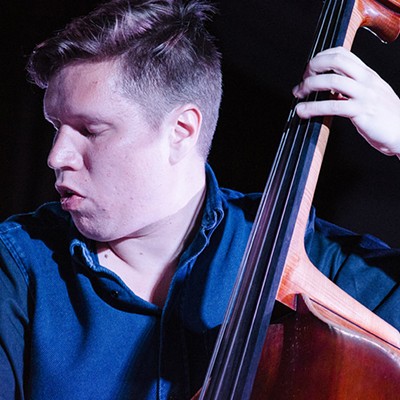 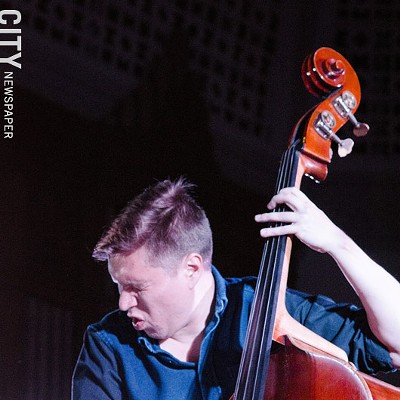 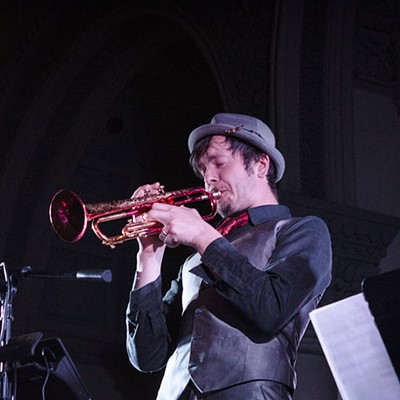 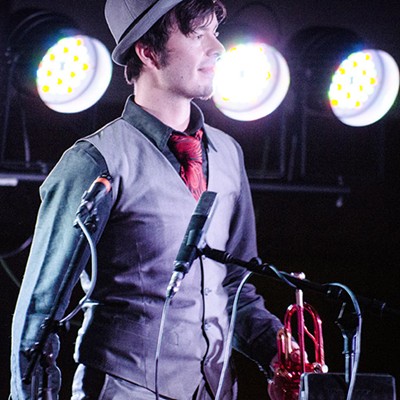 Over at Christ Church, the British band Partisans played its unique brand of punk jazz. At least that's what it seemed like to me as rock-oriented guitarist Phil Robson dueled with hard bop saxophonist Julian Siegel. They were both excellent players (as were bassist Thaddeus Kelly and drummer Gene Calderazzo) but the sound left a lot to be desired.

When Partisans got deep into an evocative piece like "Swamp," which conjured up the sounds of a swamp heightened to nightmare proportions, the cavernous room echoed and muddied the instruments. The church is perfect for acoustic music; electric guitars just don't work well there.

Earlier in the evening I caught Holophonor, seven young musicians from the Thelonious Monk Institute, at Max of Eastman Place. Trumpeter Mike Cottone, a Rochesterian and Eastman School of Music Graduate, seemed to be the leader, at least in his hometown.

Every one of the band members took fine solos. Especially strong were Miro Sprague on piano and Diego Urbano playing with four mallets on the vibraphone. Jonathan Pinson anchored the band well on drums.

A few audience members may have been disappointed that no one in the group was actually playing a holophonor. Originating on the TV series "Futurama," a holophonor is a 31st-century musical instrument combining an oboe and a holographic projector. I wasn't disappointed; I'm just happy to finally have that picture phone I saw on "The Jetsons."