Get to know Ron, Frank, Nicole, and Jake 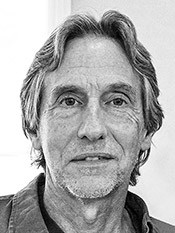 XRIJF Music Director John Nugent's slogan, "It's not who you know, it's who you don't know," rings true for me. Every year at the festival, I purposely seek out artists I don't know and that usually means taking in acts from the United Kingdom and Scandinavia. So it's a good bet you'll find this atheist at either Christ Church (Made In The UK) or the Lutheran Church (Nordic Jazz) every night.

But it's not just the foreign acts. I've never seen the new singing sensation Cecile McLorinSalvant, formidable pianist Stephanie Trick, or percussionist Scott Feiner & Pandeiro Jazz. But, based on their excellent recordings and videos, I can't wait to experience them live.

Of course I'm also looking forward to acts I do know, like the wonderful singer Tessa Souter and the superb pianist Manuel Valera who have both performed at previous festivals. I've heard drummer Louis Hayes on some of my favorite records by Cannonball Adderley and John Coltrane, but I've never heard him live.

And I'm looking forward to the great XRIJF spirit. For nine days every June downtown Rochester is transformed into the vibrant epicenter of jazz.

I'll start the festival Friday night at Max of Eastman Place with Holophonor, a diverse group of young musicians who have one thing in common -- they're all associated with the Thelonious Monk Jazz Institute. Then I'll head over to the Lutheran Church to catch Sun Trio, an intriguing group from Finland. I'll follow that with another new (to me) group at Christ Church; Partisans is at the forefront of the progressive British jazz scene.

My real job is Chairman of the Art Department at Nazareth College but my love of music goes back to my childhood. My grandfather was a bandleader, my uncle was a Broadway composer and both of my brothers are musicians. My younger brother Hankus led bands with future jazz greats like Don Byron and Marty Ehrlich and my twin brother Steve's early groups included top players like Uri Caine and David Finck. So I've always been around great music. I've been writing about jazz for City since the late-1990's. 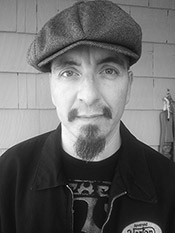 The two months out of the year that we dare to call summer are just the best, aren't they? And I'm not just raving about the heat and the fact that it's tube top and bikini season, but here in our dirty little city along the mighty Genesee, it's Jazz Fest time where all of downtown bristles with excitement and its own soundtrack.  It's filled with all kinds of music within and outside the jazz idiom to love, to explore, and discover.

For all the shows I'm excited to see, like tonight's Nikki Hill performance at the Abilene stage, there's stuff I know little about that I'm going to take a stab at, like Roberta Gambarini at Max. Join me while I stumble around the scene keeping my ears open for something swingin', something boppin', and something blue, and my eyes peeled for those tube tops. 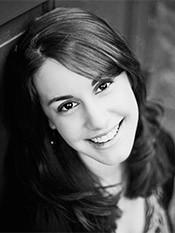 As a newbie to this year's Jazz Festival blogging crew, I'm just excited to be in the crowd and a part of it all. I'll begin my experience on Friday at Xerox Auditorium, where I'll take in Lorraine Klaasen's deep, soulful vocals. As a vocalist myself, I'm excited to experience Klaasen's live performance, as she is known for her dynamic stage presence.

As the festival goes on, I'll be on the lookout for the strong vocalists and the more outside-the-box acts. I'm especially excited for Ibrahim Electric, a quirky Danish trio who will bring an eclectic style to Montage on Saturday, June 27; and Ester Rada, a rising international star with a powerful voice and wide appeal who will perform on the festival's final night. I'm also excited to see the Brubeck Brothers Quartet on Sunday, June 22. With such impressive musical genes, it's virtually impossible for these guys to disappoint.

I will be honest with you, though, above and beyond the music, it's impossible to deny my excitement for the many food trucks that station themselves on Gibbs and Main during the festival. See you there.

A writer and musician with a deep appreciation for all things jazz, I hold a Bachelor of Music degree from Syracuse University, and spent many of my younger days performing on both vocals and alto saxophone. Currently, I work full-time as a Writing and Editing Specialist at Writing Solutions Group, a small writing firm in High Falls. 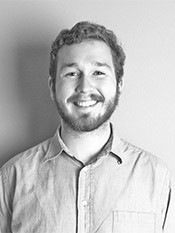 I won't add some unneeded flowery language. Simply put, I'm beyond excited for my first Xerox Rochester International Jazz Festival. As City Newspaper's Arts & Entertainment Editor, it's been a lot of work and preparation up to this point -- with still more work to come -- but now I'm antsy. I just want that music.

I was born and raised in Louisiana where Swamp blues and New Orleans jazz is soaked into virtually every aspect of life -- arguably more than the food and beer. I've put in my paces at the New Orleans Jazz & Heritage Festival; been to my fair share of French Quarter piano bars; and talked with those old juke joint cats who've seen it all. And I'm now counting myself lucky to find a new home in a city that truly prizes jazz and these remarkable artists. Rochester, I think we'll get along just swell.

Along with coordinating coverage -- and burning the midnight oil posting blogs -- of course I'll be at as many shows as I can fit in.

Who are you most excited to see at this year's Jazz Festival?