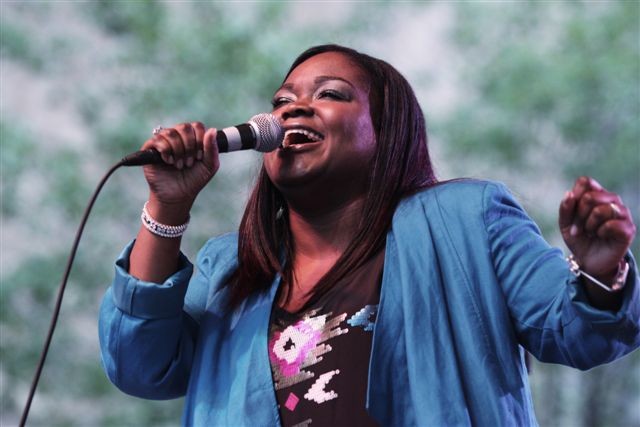 After a 20-hour nap, I’m back. Tin Man and I tripped down the soggy brick road for more Jazz Fest lo-jinx, taking pictures, taking names, taking our time, taking care of business. First stop on Friday was Max of Eastman Place, where the security guards look imposing despite the polyester in a “you look suspicious” kinda way. This works well, as we’re all guilty of something. The Hilario Duran Trio took the stage after Maggie Brooks’ bonified stab at stand-up. No really, I’m not being a twit -- she was actually funny. And the Cuban-born Duran’s trio was elegant with a complex, yet uncomplicated, ease. Duran’s playing was light but not wispy as he strode the 88's. And man, his drummer helped redefine Latin polyrhythms. You could feel it in your soul. I would’ve stayed longer if it weren’t for the polyester gestapo breathing down my neck…

Saw a re-tooled and re-invigorated Shemekia Copeland on the Chestnut Street stage next. The weight this beautiful lady has lost has simply been shifted over to the sound of her band. Man, these cats played heavy --- twin slide guitars and a bottom end heavier than a Puerto Rican Toyota low-rider. Copeland’s music leans a little on the funky side, and she strikes me as a soul-shouter at heart. But mixed together it’s a hell of a bluesy kick in the gut. She was magnificent.

I’ve seen soul sensation James Hunter about five times now, and this time I saw firsthand the importance of crowd response in a show. The crowd has to give back something or the show falls short. It’s that simple. It’s like a game of catch with just one person. That’s not catch, it’s just throw. The tired and wet masses huddled under their umbrellas and looked more as if they were duck hunting than witnessing one of the greatest white soul singers since Van Morrison. And the man can sling a stinging string or two off of his TV yellow Junior. Hunter sounded great, despite the lackluster response as he wove through a set of most excellent R&B set above a thick shag laid down by the twin sax attack and the juicy bellow and wail from the B3. I just love that B3. To quote Chris Isaak, “B3 is like catsup; it’s good on everything.” 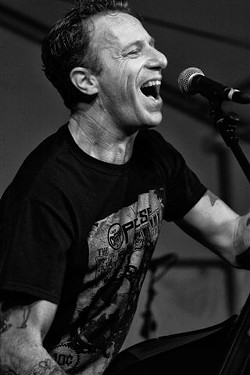 But for me, the night belonged to New York City’s Gas House Gorillas, who absolutely nailed the frenzied audience to the ceiling at Abilene. It was a punked-up and energized controlled catastrophe in the sprit of Louis Jordan wielding a chainsaw. The mostly original material was augmented with detours to New Orleans and rocked-up and -out nods to Cheap Trick and The Ramones. Most fun I’ve had with my pants on in a long time --and they didn’t stay on for the whole show, either (just ask anyone who was there). Gabbagabbahiddeyhiddey hey ho, let’s go.