It was a two-hour rock 'n' roll slugfest Monday night as Green Day came out swinging to a frenzied and frozen crowd at the Blue Cross arena. Some kids wrapped in blankets had camped out overnight and looked like frostbitten refugees as they stumbled about.

The place warmed up and filled up slowly to a meandering set from Los Angeles-based show opener Best Coast. The band wasn't bad, but sort of forgettable, hitting its plateau early and sticking there for the remainder of its brief set.

But no amount of energy could have adequately warmed the boards for Green Day. Following salutations from a drunken Easter Bunny, the band tore out on stage to the theme from "The Good, The Bad, and The Ugly" (just like The Ramones) and then ripped into "99 Revolutions." After that a set cross-cut the band's incredible catalogue with generous cuts from the new trilogy of discs "Uno!" Dos!" "Tre!" as well as hits off "Kerplunk" and "Dookie." 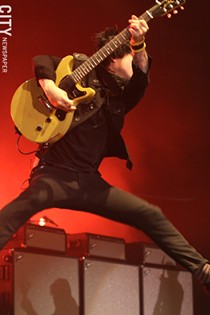 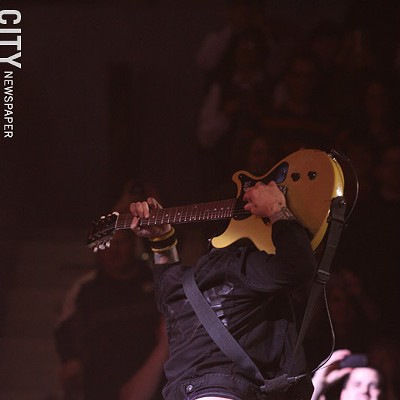 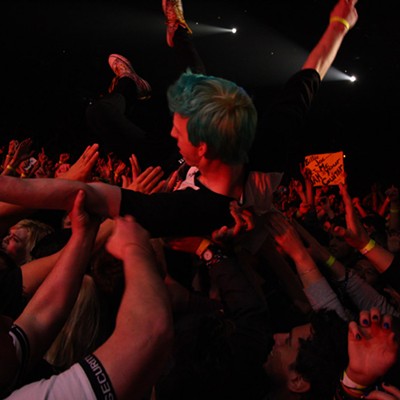 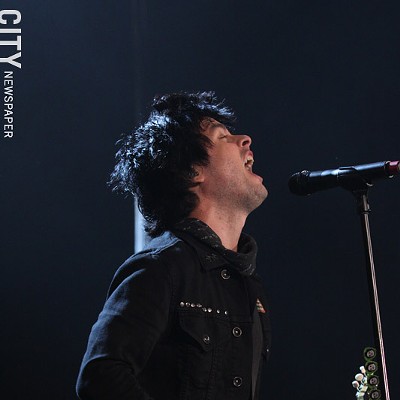 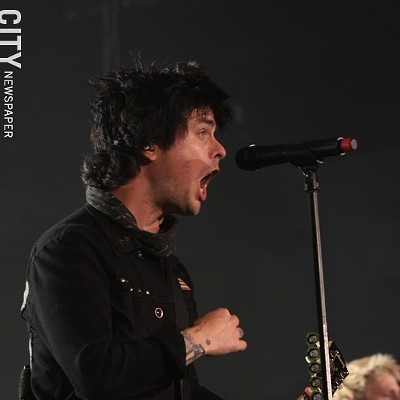 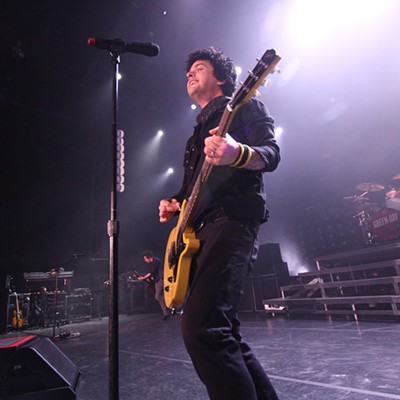 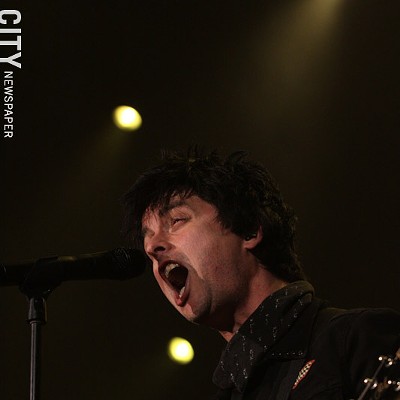 Green Day is a well-oiled machine and has perfected the extrapolated audience-band call and response, which the band did constantly Monday night. Look, I know it's cool to have the crowd sing the words they all know -- it's kind of like being in church without all the guilt -- but I came to hear the band sing, not a bunch of maniacs juiced on $10 Blue Cross brew, waving their cell phones.

But hey, it was all in loud, fast fun, and the band's ironic demeanor earns forgiveness and points. I mean, how about that LynyrdSkynyrd, Black Sabbath, AC/DC, medley from one of the best live bands in the world today?

Prior to the Green Day majesty, I prowled the local scene Friday night to see Rock 'N' Roll Social Club split Tala Vera in two, like the jaws of life, as it loudly and proudly opened for Amanda Lee Peers and The Driftwood Sailors. Peers' voice is simply incredible, hanging above the shag carpet of a band well-versed in the blue and classic rock. Nothing short of awesome, and it was a packed house, too.

Saturday night at Skylark Lounge I got to hear Greg "Stackhouse" Prevost play a set of hellacious, salacious, monstrous, and primitive blues, sandwiched between sets by St. Phillip's Escalator and the recently reunited Moviees. Prevost's new album, "Mississippi Murderer," rocks and is currently at the top of my play list. But this particular set was too loud to make out the subtleties and nuances included in his original stabs at the form, as well as on classics like "John the Revelator."