Rochester just got its first mural that spotlights queer identity. Located on the lot-facing wall of the Kaleidoscope Collective space at 936 Exchange Street, the piece is by Brooklyn-based artist, poet, and filmmaker Jess X Snow. Snow was in town participating in this year's WALL\THERAPY muralism festival, which wrapped on Sunday.

The massive wall features a portrait of Snow's friend Chrysanthemum Tran, a transgender Vietnamese-American poet. Snow and Tran attended school together and were reunited in Rochester last year when they took part in Rachel McKibbens' poetry retreat for women of color, The Pink Door.

Along the right side of Snow's mural are lines pulled from Tran's poem, "Biological Woman" --

"Chrysanthemum turns to imagery of the magic and the cosmic to describe her gender and self care journey. The magic of her words in the face of transphobia and misogyny is what directly inspired the mural," Snow says.

Tran "takes all of the imagery of outer space and uses that to kind of affirm her gender expression and gender journey," Snow says. If trans people "are seen as such a threat to this heteronormative society, then they must have some kind of magic and they must be extraterrestrial."

Using gentle contours and vibrant colors, Snow presents Tran gazing steadily off to the right, her hair transforming into the black silhouettes of tree branches scratching at a velvety aubergine sky. The red planet peeks from behind Tran's head, and a monarch butterfly clings above one ear like a hair clip.

In one of the best incorporations of mural-interrupting windows I've ever seen, the wood between the panes of glass in the windows flows into the black veins of the butterfly wings, and at night the burned yellow glow through the window becomes almost a stained-glass element in part of the painted wing.

"The Earth and outer space becomes part of the vocabulary of this particular mural and a lot of the murals I do," Snow says. "I wrote a poem about how the idea that queerness is against nature doesn't make any sense, because if you look at the natural world -- leopard slugs, clown fish, parrot fish, and oysters -- a lot of them are transgender or mutually penetrative, so they have both parts. There's lesbian lions and bonobo apes that are polyamorous and solve conflict with queer sex. So basically, the Earth is super queer, and I'm kind of reclaiming the imagery of the Earth from a queer lens. And the butterflies represent the transformation and the fluidity of gender."

Tran "represents the Mother Earth, but a queer and trans Mother," Snow says. "I imagine the Earth as a fluid and colorful motherhood that encompasses all the different ways that animals and plants mate, and transcend gender in the animal kingdom. I believe Mother earth has been resisting colonization and heteronormativity for four and a half billion years."

The lines of Tran's poem, paired with the imagery, speak of the push and pull of trans identity in human culture; of knowing you are natural but being made to feel alien.

"I'm a queer person in the Asian-American community, and I've never seen the stories of queer Asians represented on walls and public space or even in films, or books," Snow says. "They're a little bit more represented in terms of poetry, but in mediums like film and public art -- it's more male-dominated and you have to have access to money, walls, or space to tell those stories. When I found my voice more as a public artist and started getting these opportunities, I realized it was important for me to represent my own communities on this scale."

Art is a crucial part of our emotional well-being, Snow says, and murals have the power to affect the daily lives of the people in the neighborhood and the community that lives there.

"In any community, whether it's Rochester or anywhere else, there is a resilient underground queer and trans population but it is rare that they are given many opportunities to explore their identities in public space," she says. "When it does happen, a queer mural gives the rest of the queer community permission to celebrate our identities in public without fear. It's a personal responsibility that I feel when I'm given a wall or a space to create." 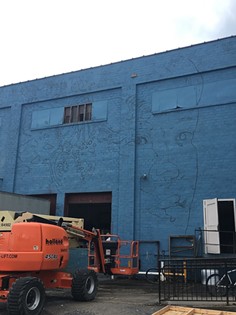 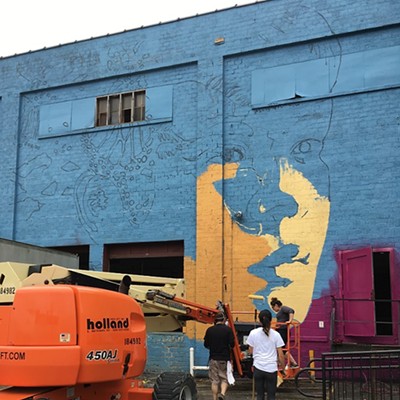 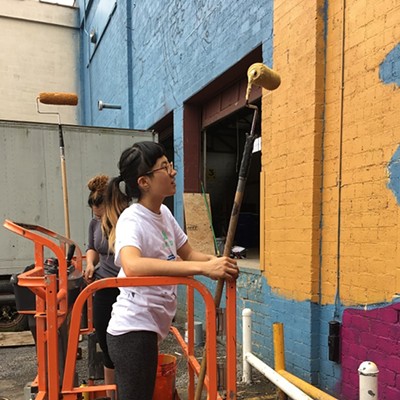 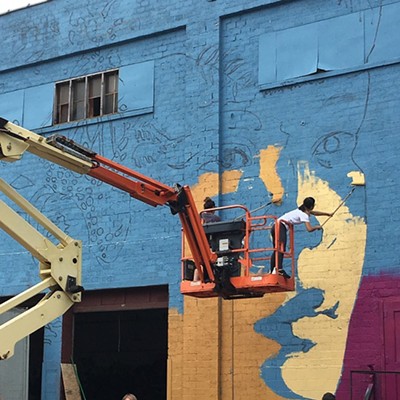 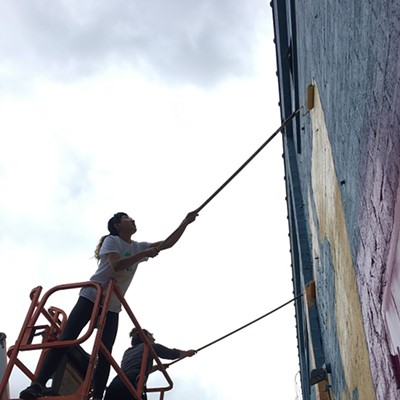 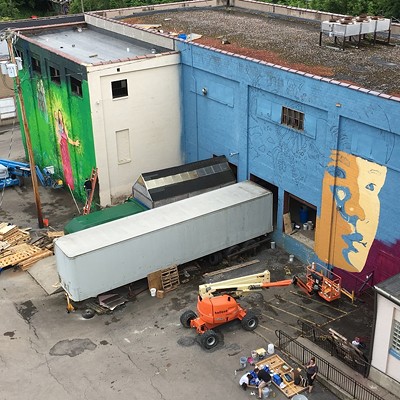 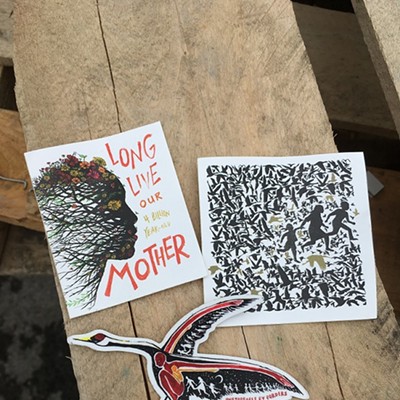 Snow says she discovered poetry and art around the same time, but only recently began combining the two through mural-making. As a young child growing up in Canada, her parents divorced and she and her mother moved to the US. She developed a stutter in middle school, and as a result, found that writing poetry and drawing were more comfortable means of expression.

Art was how she reclaimed her voice, and now she uses it to bolster the voices of her blood and chosen family and community.

"I'm carrying the weight of all of the queer people who I've known in my life, who wanted nothing more than to see themselves visible," she says. " I have a lot of queer and trans friends who have contemplated suicide, who have been outed by their entire families, who are products of homophobic diasporas and have had to translate for their parents, resist assimilation, and fight for their gender affirmation and queer identity journeys on top of all that. I think taking a baby step toward a world that is queer- and trans-inclusive is to have our faces, lives and words on a monumental scale in public art . I hope this mural of Chrysanthemum can begin this journey."

Much of Snow's other work -- notably for Just Seeds and for the O+ Festival -- addresses migration. Her mural for the Kingston, New York, O+ Festival features a woman whose flowing tresses transformed into the waves of the Pacific Ocean, with ships and birds crossing it.

"Migration and queerness are natural phenomena that are as ancient as the earth itself," she says.